PART 1 – THE STORY BEHIND THE SIGNATURE FROM TIBET 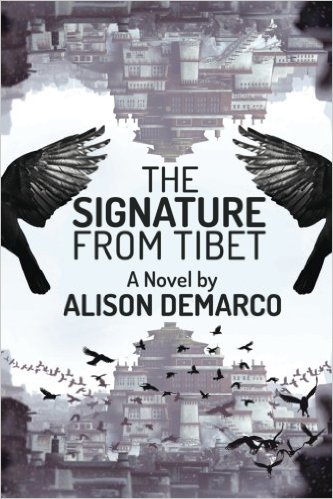 The year was 1994 and little did I know that a surprise meeting with Dr Akong Tulku Rinpoche, founder of the first Buddhist Centre in the west, Samye Line, would change my life forever.

At this meeting, Akong Rinpoche offered to be my overseer.  At the time, I thought that his help and guidance was for my Natural Healing Centre, but it took me years to realise that this was not the case.

However, I came to believe that Akong understood right from the beginning the significance of our meeting and that he also knew it was nothing to do with my healing centre. Akong refused to agree with any of my plans for my healing centre.  Finally, I took a few years out from our meetings as I had no more ideas to offer. It was a couple of years later that Akong told a mutual friend of ours, that he and I had unfinished business.

Can you imagine my surprise when I visited my uncle shortly after hearing about the ‘unfinished business’ between Akong and me when my uncle produced His Holiness the 16th Karmapa’s tour programme?  My uncle went on to tell me he believed that the Karmapa was a Buddhist Lama who had escaped from Tibet.  He recalled that the Karmapa’s address at the time of visiting him was Rumtek Monastery, Sikkim.  My uncle believed that he was a very important Lama because, in part, he arrived for his dental appointment with a large entourage of people who were very protective of him.  My uncle suggested I show this tour programme to Akong and tell Akong that he was the dentist who had treated The Karmapa for toothache during his 1974 Scottish Tour.

Now a miraculous journey began to take place. Precisely twenty years had passed since the Tour Programme had been left with my uncle. At last for the first time, the Tour Programme was out of the safety of my uncles filing cabinet.  I did what my uncle suggested and showed the Tour Programme to Akong.  I secretly wondered if this might have anything to do with Akong’s original offer of being my overseer.

Akong was elated at seeing the Tour Programme and said that His Holiness had not only written a message but also signed the programme.   Akong declared the programme to be ‘indeed a rare relic to the Buddhist Sanga’.  Akong added that he had been one of the people present at the dentist with the Karmapa.

On Akong’s suggestion, I journeyed to India to meet with His Holiness the 17th Karmapa and ask his advice on what I should do with the tour programme.  The 17th Karmapa suggested that I put the signed Tour Programme in a book for the world to see. Eventually, The Signature From Tibet was published.

Part 1 - Read about The Story Behind The Signature From Tibet