The Story Behind the Signature From Tibet Part 3 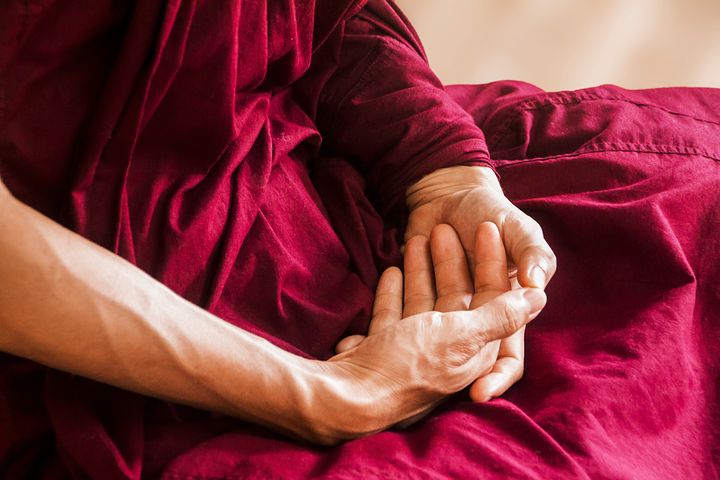 ​Part 3 The Story Behind The Signature From Tibet

My meeting with Akong Rinpoche over, my friend and I retreat from the room, leaving the incredibly powerful energy I resonated with behind.  My mind is racing as we walk down the corridor towards the front door.  Being in the presence of the Rinpoche for only a short time, inspired within me, so many new and exciting thoughts and feelings.

Before arriving at Samye Ling, the thought had crossed my mind that perhaps I was going to some strange and weird cult organisation, but I now know how wrong I had been. Samye Ling is unique, different from anything I have ever encountered before. I feel as if I have returned home.  With a soaring heart, I follow my friend to the Temple.

A few minutes later we are standing in front of a large impressive colourful building. Leaving our shoes on the mat outside the Temple, I gingerly grasp the round brass door handle.  Gently pushing the enormous red door open, my eyes are met with a vast array of stunning vibrant colours radiating outwards from the paintings, statues of deities, Buddhas, walls and ceiling. What splendour, what warmth, what grandness.

My friend and I sit in silence for a while.  I feel as if I am being held within a peaceful, calm, relaxing and inspiring energy field, I am happy to the point where I feel as if I have become nobody, nothing and yet, at the same time I am everything.

Our next stop is the coffee shop to meet the monk who took care of the crow.  The monk was excited to hear how I had got on at the meeting with Akong Rinpoche. “Akong offered to be my overseer and granted me a Dharma Centre.  I’ve to show him plans of my vision for the development of my Healing Centre. What is a Dharma Centre?  ” I ask the monk. I notice the monk is looking confused. “You’re not a Buddhist, wow, that’s something extraordinary, a Dharma Centre is a Spiritual Teaching Centre” replied the monk. “Maybe he’ll change his mind” I suggested.  The monk’s hand immediately flew to the brown beads around his wrist and began to move each one in turn. “Akong does not say things he does not mean” replied the monk.

“How about a lift back to my house”, the monk asked my friend. “Of course, shall we head off now?” she replied.  The monk’s home was a couple of miles up the road, and he insisted that we have a cup of tea with him.

In his room, the monk prepares a pot of tea accompanied by an offer to try Tibetan medicine. I am very sceptical about taking any medication and most defiantly wary of the small round balls that he shows us.  I thought they looked just like earth. The monk assures me they contain only herbs and have the blessing of a prominent Lama.

Tea and medicine downed, the monk handed me a framed picture and told me that it was of the Green Tara Deity which he meditated on each day. “Tara Deity” I repeated stunned.  The events of the day are all becoming stranger by the minute.  Tara is my daughter’s name.  The monk smiled and placed the framed picture in my hand.

Little did I know then that the events of that day are the beginning of many extraordinary strange and unusual ‘coincidences’ which will unfold in the future.

Waving our goodbyes, we begin our journey back to Edinburgh.  As the car bumps its way down the pot-hole driveway, ‘out of the blue’ a spontaneous, uncontrollable fit of hysterical laughter overwhelms me.  Whether it is the events of the day, the Tibetan medicine, or a combination of everything, I have no idea, but I am in a euphoric state of bliss.  Asking my friend to pull the car over, I got out and throwing myself to the ground I roll around on the grass verge in hysterical laughter.  In fact, I laugh most of the way back to Edinburgh.  I know with certainty that I am not returning home the same person as I was when we began our journey earlier on that day. Look out for Part 4 The Story Behind the Signature From Tibet